Restaurants Should Allow Dogs on Patios and Some Doggy Do!

Recently there was an interesting discussion on a local social media platform discussing summer restaurant patios and dogs. The poster asked why "people around here" weren't more dog friendly and allow dogs to sit on patios whilst their masters eat. It was quite a popular discussion because most in it were from Newmarket, Ontario where families and dogs are numerous and where most people actually are quite " dog friendly".

Dog friendly enough, that it was easily passed through town council to spend town money to create a leash-free dog park, despite the fact we have an unofficial one at Joker's Hill where literally miles of marked trails take you through nature and where dog walkers established a foothold years ago since the former horse farm closed down.

At any rate the idea is not so far fetched, as one contributor pointed out, (most of) the provincial regulations restricting dogs from restaurants come from this regulation description; 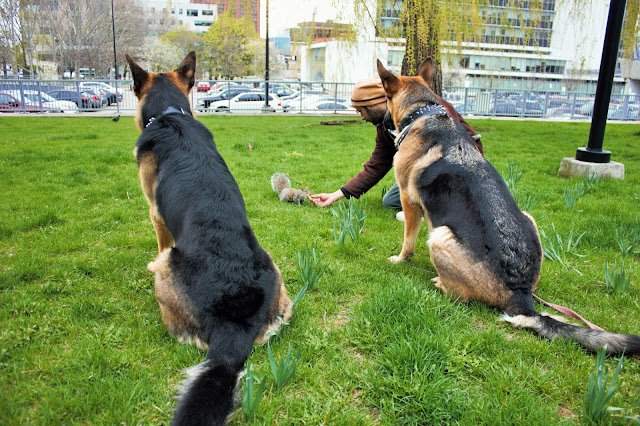 59. Every operator of a food premise shall ensure that in respect of the food premise,…
(e)    every room where food is manufactured, prepared, processed, handled, served, displayed, stored, sold or offered for sale is kept free from,…
(ii) subject to section 60, live birds and animals;
60. (1)  Sub-clause 59 (e) (ii) does not apply to,
(a)    a service dog serving as a guide for a blind person or for a person with another medical disability who requires the use of a service dog, if the service dog is in an area of the food premise where food is served, sold or offered for sale;
(2)   A dog other than a guide dog for the blind is a service dog for the purposes of clause (1) (a) if,
(a)    it is readily apparent to an average person that the dog functions as a service dog for a person with a medical disability; or
(b)    the person who requires the dog can provide on request a letter from a physician or nurse confirming that the person requires a service dog. O. Reg. 74/04, s. 4 (2).
"Premises” is defined in the Health Protection and Promotion Act to include both land and structures however the regulation requires only that rooms be kept free of animals; the term “room” is not defined in the regulation.
So it is debatable whether a “room” would actually include a patio. For instance, the Webster dictionary defines the term “room” as “a partitioned part of the inside of a building”. It appears, however, that Public Health Inspectors are nonetheless interpreting the regulation as extending to patios.
In European countries, it is not uncommon to see pets, not just on patios, but in the restaurants themselves. So one has to wonder, is the concern really about health? Or is it instead an accommodation for a certain percentage of the population who feel that dogs just shouldn’t be there?  If this is the case, is this an issue that should be regulated or should it instead be left up to the owners of the premises to decide whether to allow dogs on their patios?
And some online Lawyers seem to already believe dogs on patios are legal. 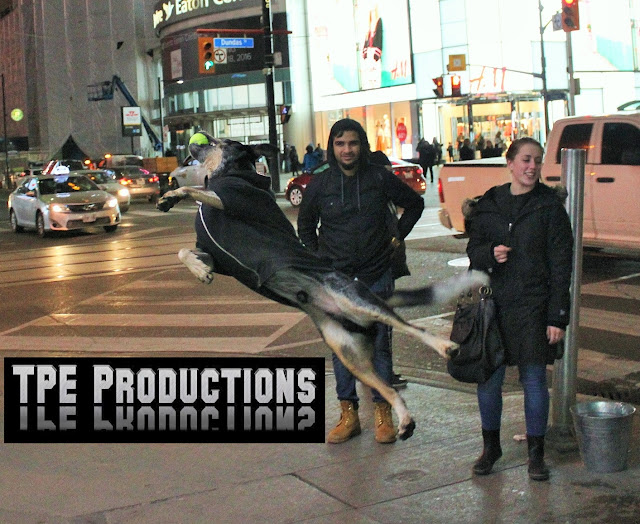 What to do?
Judging by the response online I'd say people are overwhelmingly in favour of dogs on patios, and to that end, were I a restaurant patio owner, I'd begin to advertise that my patio was dog friendly, complete with a small sign overlooking the patio, and let the chips fall where they may.
A Newmarket Main St Restaurateur should take a stand or band together and all allow it.
Even if the "dog police" decided to charge them, I believe the ensuing media attention it would garner, along with the support of people to allowing dogs on restaurant patios would result in support for the regulation to be changed - or a judgement could rule the definition of room does not extend to patios.
And if it's not a health hazard, which it appears it is not, then law should dictate that it be left up to the restaurateurs to decide if they will or will not allow patio dogs. Those uncomfortable with dogs could hit another patio or dine inside. Meantime the restaurant making the move would enjoy great publicity and reap in the benefits of business to help pay any possible fines. I've certainly never heard of any fines for off leash dogging at Jokers Hill despite signs posted everywhere and rampant ignorance of them. I even video spoofed it once. 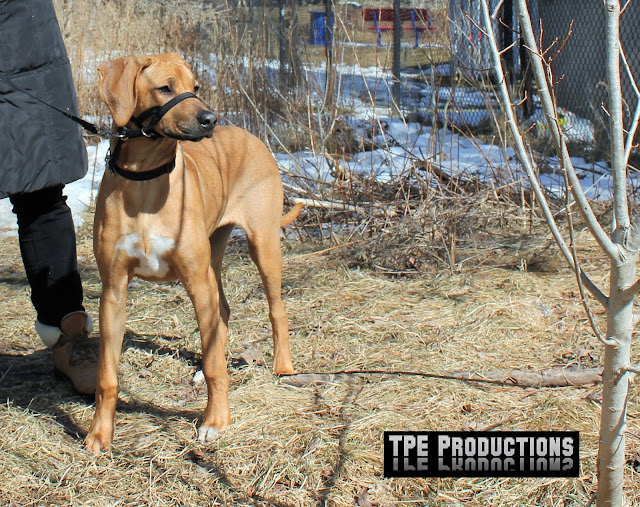 Doggy patio dilemma's are not restricted to small or suburban towns either, as the city of Toronto residents too have an increasing dog population and too would like outing options. In fact Urban Dog Toronto is sponsoring a petition to change the current law (or at least its current interpretation) while a number of Toronto establishments already have dog-friendly options including a brewery, Left Field Brewery, and a slew that allow dogs on their patios.
My TO trip also reaped one more interesting find at Yonge & St Clair, a doggy daycare that took care of people's dogs while they worked and which had a number of options and activities and services connected to them. I observed as people showed up with dog in tow to drop off just like kiddies and then as they checked into open areas seen by all until 'play times" etc. Bye mommy! Newmarket also has at least one doggy daycare at Wag Awhile.
Ha. Great idea, and one I feel would work very well on Newmarket's Beautiful Main St. where patios and restaurants are the engine. Offer hourly dog drop-off and walking services, along with daycare during the week, and I believe you'd be booming. For gravy, throw in obedience classes for dogs and connect with a groomer for a finders fee arrangement, and you're off to the races! Well Greyhound races anyway! Woof, woof!