Wednesday at the Newmarket Theatre on Mulock Drive, there will be the first facing-off of the two mayoral candidates running in the Newmarket municipal election, Joe Wamback, John Taylor.

While I believe both men care deeply about the town, both have different visions and experience and when it comes to the job, both have their own views on the direction our town should take.
For Taylor who has been on council as the Regional Councillor (and Deputy Mayor) for a long time, it would seem his anointment to mayor-ship should be a formality, just like it was for his father before him former Mayor Tom Taylor, the same name you see on all the trails you walk or ride your bikes or scooters along Fairy Lake Park.

On the other hand, a mood has swept over of late that has people questioning the 'status quo in governments and becoming more and more suspicious of those staying in the game long, and more accepting of new "blood". Those people want change. Real change, but they still want to be satisfied that that change includes someone that brings to the table accountability and transparency and to that end convincing will be needed if anyone new is to be considered. Also whether or not their previous experience has been at a level that could be transferable to manage a town the size of Newmarket. Does Joe Wamback reach that level? That will be up for the voters to decide and to that end the public gets an opportunity Wednesday September 26 to see for themselves who should be the next mayor of Newmarket, Ontario, Canada.

Lurking in the background at these elections, but rarely raised, is party allegiance as well. I know when I ran for council in the last by-election that was a question I often faced (I pledge no allegiances). That and whether or not I lived in the ward, which I did not. Taylor is Liberal supportive while Wamback has run for the Conservatives some years back and so you have that dynamic as well swirling about in some minds. For me, I believe party politics should not be in the game, yet it seems inevitable and often influences who residents elect as well, but not always as I've seen signs with both Taylor and Vegh, who is running for Regional councilor, on them. And Vegh has run for the Cons as well in the past. Whether the current local council crew are accomplishing enough will also come out in the election wash, although there are a few acclaimed candidates - often a sure sign of a dying or democracy in peril. 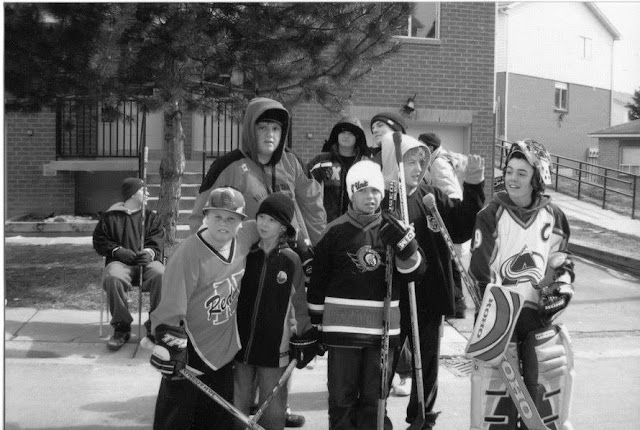 My personal dealings with John Taylor on council has been mixed. Whereas he's been supportive of some initiatives I've been involved in, he' wasn't overly helpful in helping keep our grassroots road-hockey event going, while "allowing" the NHLers come in and host ball hockey where we were told we could not, after supporting it in its initial years.

This after I supported Riverwalk Commons being built - publicly - after being assured by former councilor Joe Sponga that we would still be able to hold it there as we had held the event previously in its then arena and parking lot and even sometimes portions on Main St. We also included local businesses and set the families up with free meal tickets for participants and discounts for families with the local Main St restaurants. It was a great community led event with huge potential written up on page 3 of the Toronto Sun praising Newmarket for putting road hockey on the streets while TO was trying to ban it - and ran 10 years before being banished to the boonies weeks before our last held event which caused our main sponsor to drop out and quietly was dropped of the local councils support radar, including as a Mayors Charity Golf recipient, followed by another sponsor on Main also vocally supportive of the mayor. A few years later we were voted top town.

Only Councilor Tom Vegh showed up at the last event we held, whereas previously they had enthusiastically participated - especially in election years. I believe it lost support because I dared criticize their (non) action to include men when the drive to build a shelter was on and all available cash was being diverted to just one area of need, while we had - and still have - but 26 full time shelter beds for men in all York Region, a population over 1,000,000. They could never separate my personal constructive criticism from the cause, so the cause lost. The longest running annual ball hockey event in Ontario.

Two years ago, when running for by-election, I tried to again approach John about resurrecting the event after the NHLs "Hometown Hockey" visit came to town including a ball hockey area they had set up. He brushed me aside, almost physically, while briskly telling me, "Not Now!", when I approached him there and asked about it - as I'd been told by town staff we couldn't hold it there for "safety" reasons. Never forgot that. And I had never previously seen him act that way.

Funny thing though, Ron Mclean signed my petition that very day, to have the event brought back to Riverwalk Commons where it had run for 7 years before the rebuild. He saw the value in a grassroots locally produced hockey entity that engaged young people and in this case also connected lower income communities to the broader one, with all youths forming their own teams and competing in a friendly tourney. It also created an opportunity to engage and influence these youths young,. something I'm not sure any of them ever understood. Yet John's dad Tom Taylor had actually recognized us with an award of some type as I recall when we started out.

So that was disappointing for me personally, but aside, he is at times a lone voice on regional council, speaking up at least on certain issues, despite at times being at odds with his co-councilors, and often knowing the votes would not be coming his way on a particular issue, yet trying anyway by at least raising them. Contrast that with our outgoing mayor who has been mostly silent over the past few years on the regional council. We do need someone not afraid to speak up for Newmarket residents.

On the other hand, Joe Wamback, who championed victims rights and went on to establish a Canadian Crime Victim Foundation and successfully pushed to have Canadian legislation changed after his own son Jon was the victim of a brutal attack by other youths right here in Newmarket that left him with brain injuries, always supported the grassroots, Friendly Neighborhood Road hockey Challenge March break held event. Even in its infancy, Joe and wife Lozanne would come out in support when it started out in a small community, right on the cold streets, as a support for the kids in a community affected by the murder of another victim of crime who had lived there and who was also a youth, who's been stabbed to death outside a local Tim Hortons.

And we also had started the Mike Thornhill Memorial Award, then awarding one kid educational $ for their commitment to community. It long preceded the "Character" awards, started in a similar vein of thought however. They saw the value in it. And wanted no recognition or photo ops. But I'm also pretty sure they understand that by engaging youth early we can help avoid more crime and victims of crime something that seems to be elevating as of late in the Region and Newmarket particularly. 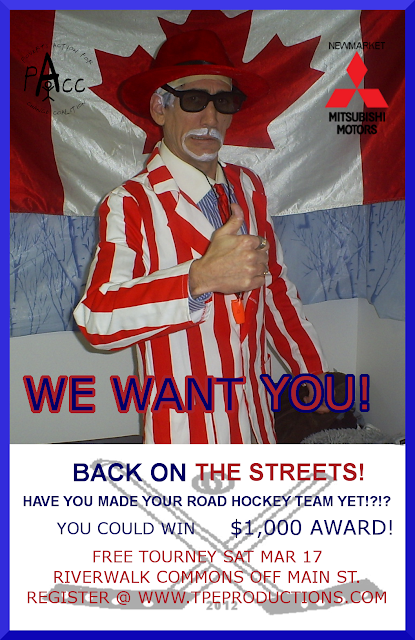 So those are my personal experiences in my dealings with both candidates and make of it all what you will, but in the end we all make our own decisions!

Good Luck to both in the debates tonight! 6pm meet & greet start. TP out.