Everyone Loves a Parade

I guess you could say I have a bit of an affection for town parades. They bring back fond memories of course of a time when free hot chocolate, following the wonderful and magical town Santa Claus Parade,was everything. And it was even more special for me as a child being part of my mom's floats each year as she was well known for her parade winning floats for the Aurora Shopping Centre back when the town's parade started right there as well with all the floats and marchers awaiting their turns to proceed out. Christmas magic, and my mom always had a unique Christmas sub-themed float she'd design and dress us kids up and the neighbour's kids up as the characters.


That was what was going through my head this year as the floats passed by, that we'd had some great ones, and that some today were pretty good too. I'd even heard talk of free hot chocolate somewhere, so Newmarket had it going on it seemed. And just then I saw the ever so cool float by the Highway 11 Cruisers car club, complete with life-sized "hot wheel" car and thought, gee, I wonder if they have a prize for best floats? And in fact thought it out loud to the car club president Danny Facchini as he drove by behind their float, and sure enough they'd won as Best Float for non-profits! 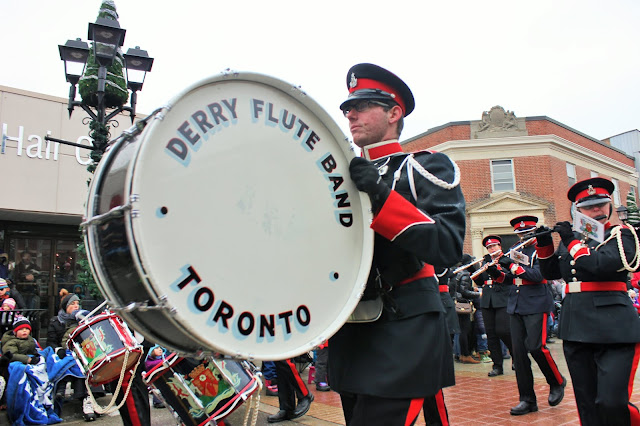 Good on them, but what's even more impressive about the Highway 11 Cruisers is that this once rag-tag group of car boys and girls have also now to date raised $97, 000 for charities in the time they've been around - which is relatively young at only 8 years! Causes such as Sick Kids, Ernies Journey-United by Trauma, JumpStart, Southlake Regional Health Centre, Princess Margaret Cancer Centre, Big Brothers Big Sisters, Canadian Crime Victims Foundation have all benefited among some. Impressive, and certainly worthy of community recognition. Members past and present should all be proud. Santa lives and apparently drives cars!

My mom was also a past car club executive member back in the day, which has absolutely nothing to do with anything here, but seems a connection somehow. That and her fantastic parade floats, and with mom passing this past May, I'll take any connection to keep her "alive".

Speaking of May, that is also when the next Highway 11 Cruisers event is and also when you can help the Cruisers crack the $100,000 dollars raised for charities mark! Donate now

Merry Xmas to all and to all a good night! 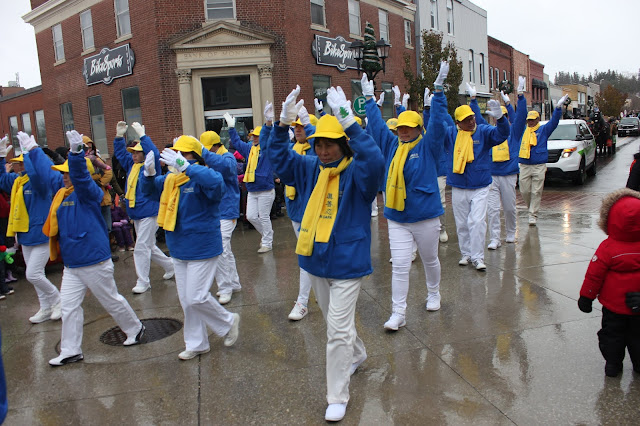