Graffiti has been around since the world wars. It was used then as a way to send messages to the enemy or authority and often in places where corruption ruled the day. It has evolved over the years and morphed into messages from angry youth or youth with a message or even gang tagging but at the end of the day they are all a form of message.

All towns and cities experience their share of graffiti which can cheapen the look of a business or make an area appear run down. The best form of fighting it, is to quickly cover it up again as a poster will likely like to admire their work in their daily routines, getting some kind of thrill out of knowing its theirs.

Some graffiti can be quite good, even art, however some is just ugly or 'tagging" and serves no real purpose other than to piss off authorities. Newmarket gets mostly the latter and lately its been creeping back onto Main St despite a weak effort by the town to dissuade it hanging around by fining the BUSINESS owners for graffiti left on their structures.

I recall a few years back helping organize a wall mural contest to combat repeated graffiti occurring on Meyers Costumes walls. The idea being that a study showed graffitists are less likely to tag something like a wall mural and therefore acts as a deterrent. The winning design was turned town by the town's bylaw people as being too much like a sign. Egads. It had costumes on it and a parade.


At any rate the mural never went up and the business continued to pay to have it covered, finally finishing with an all white wall that looks unappealing facing Main St and like a blank canvas to a tagger.

As I walked Main St in Newmarket on a cold-ish January afternoon, I began to notice more and more tagging, and wondered aloud to one business owner who came outside after noticing me observing the "art", if something more couldn't be done. She agreed it needs addressing, seeming frustrated by it, and was receptive to an idea I raised about painting a mural on that side of the building, as its walkway leads to Riverwalk Commons and the Community Centre which is well used and seen by Main St business goers.

Perhaps a mural depicting music, skating, farmers adorning the wall and stairway leading down?....I promised I'd get back to her in this regard (The Town of Newmarket / Main once had funds available for part costs of such wall murals) and to that end will first check into the availability of these funds before meeting again with the business owner.

This of course is but one wall, another main walkway leading to the community centre also should be painted similarly, and other " opportunities for graffiti "artists" need be offered up for ongoing canvasses and to bring them disgruntled and screaming into the fold!

Maybe also get the local Main St Councilor into it too, Joe Sponga, so he can earn his dough. Perhaps strike a graffiti team or person can be brought on board who's job it is to cover up tags as quickly as they appear - which to my observations is not currently happening, putting Main in jeopardy of becoming run down looking.

You don't want that do you?

There are a number of ways to combat it... 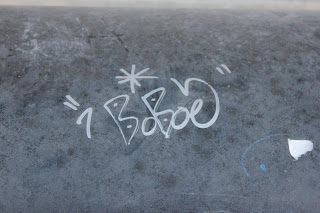 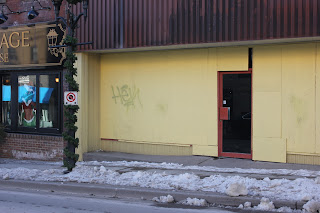 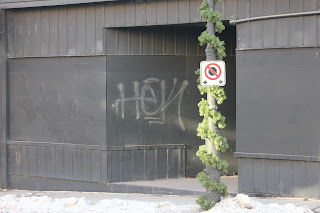 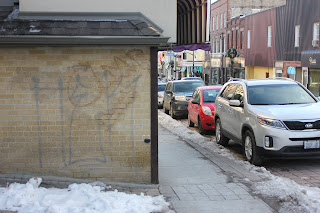