With the recent episode of a 26 year old man going missing in Newmarket, Ontario recently, and subsequently found deceased and foul play not suspected - covered by YOURKnews & EVENTS - it brought back into my mind a fact I'd come across recently in an article stating that a new study found men are 3 times more likely to commit suicide than women in the U.K. and U.S..

With some quick research, I discovered the same study found that the suicide rate was ten times higher in men of lower socioeconomic status than in affluent men. These are staggering facts that should jump off the page at us. One has to wonder both why that is, and what can be done about it?

Some believe it's because of the added pressure men have of being masculine, strong. As one put it, girls and boys both cry evenly up until the age of 8 or 9 when boys are shamed to stop, resulting in boys to men holding in their emotions and not having adequate releases. In my day we called them wimps.

In York Region we have few supports for men and certainly we need to make the ones we have user friendly and easy to locate and approach. Men traditionally having a hard time admitting or seeking help may need family and friends to look out for the signs and offer encouragement towards them getting the help they need. In fact stats support their being more women diagnosed with depression and mental illness so how can men be killing themselves in such higher numbers?

Unfortunately, in the case of the missing Newmarket man, although he had been possibly identified from bus cameras traveling to Union Station in Toronto, with the finding of his body near the area they'd been searching by a man walking his dog, there is no chance. let's not let his death be in vain as we need more for assisting men in crisis than 310 - C.O.P.E.

It showed one thing though, the police have their methodology through experience and stayed the course diligently while family and friends and indeed an entire community that cares stood by wanting to help. And one which if it really cares, will become proactive to minimize the needs for searches for distraught men in the future. 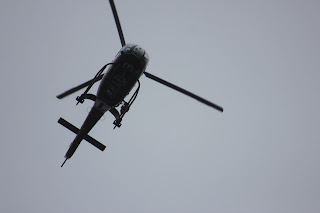 I purposely have left the person's name out of this article as the need to know time has passed and so his families healing can begin. Townsfolk can still help and help all the other men out there that may be in need of help by lobbying the Region of York for more supports for men, whether through men's centres, programs, or proper medical support and we can minimize those odds. Let's give these men in silent crisis a chance to live.

This recent TPE Film suits the subject...and we can write the ending!