Anticipation had been building up in my friend Danny Philion as the date to the torch bearing ceremony approached. He was confused about what would take place at the Riverwalk Commons in Newmarket, Ontario, Canada prior to his nearby torch leg, but still, he could hardly hide his excitement with it all. Well wishers from everywhere have been greeting him since word got out, with congratulations and the like pouring in like love letters to Bobby Sherman. I think the topper for him was all the supporters that braved the rain and called his name out on the street as he "legged" his part in his wheelchair.

Afterward, Dan soaked in the atmosphere at Riverwalk Commons, Newmarket's now unofficial town square, where the O.L.G. rolled out its slick Pan Am machine, including a mobile stage emblazoned with large flat-screens showing the stage talent which had included everything from aboriginal to U2 cover to Juno Award winners, an array of interactive games depicting Pan Am Games events, and even bingo!

Then, the final torch bearer, Donald Bond, a long time Newmarket volunteer, made his way into the square, slogging his way towards lighting the ceremonial Pan Am Games torch set onstage as the crowd buzzed with excitement, surprisingly, myself included as I caught glimpse of the older gent wading his way seemingly through a sea of equally enthralled, mostly Newmarket, residents.

I've been a volunteer in Newmarket for over 40 years. I do recommend it. Donald Bond Photo below by Glenn Rodger Photography 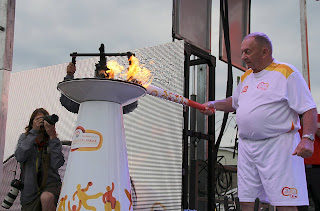 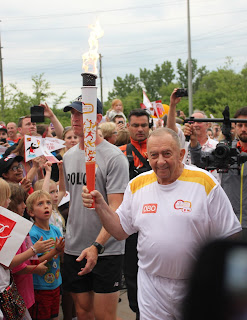 I'd sort of promised the OLG media people I'd remain in the media area to capture the final runner and interview him for YOURKnews & Events right after which I did. Prior, I'd also been briefly, accidentally steered into the sandwiches and goodies area for about 5 minutes ( Mmm the freakin' butter tarts were great!), then allowed to keep my food when semi sheepishly informed it was for stage talent only. Ha....After that, I "wangled" my way into the torchbearer briefing area, stating I was Dan's helper, which i did help him to get there, but his sister had arrived by then and I hadn't noticed she was sitting in until I got inside and it had begun. Gulp. Shhhh!

At any rate, it gave me an opportunity to hear first hand how each participant got to be torchbearers. A mixed bag of nominees and applicants it seemed but with one common thread, that of commitment to community, or nominated as such, each now etched in history, but each proud to be one.

Dan, I knew, had loved taking part , particularly the opportunity to make people laugh and to try out his latest "sit down comedy" routines on his largest continual audience ever.


" It was great, I'd do it again tomorrow no problem, if I could. I really enjoyed it" Dan Philion 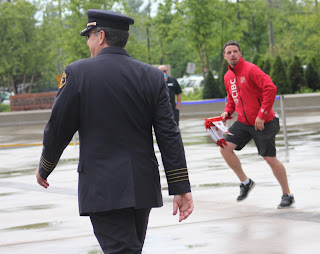 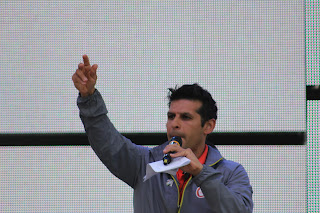 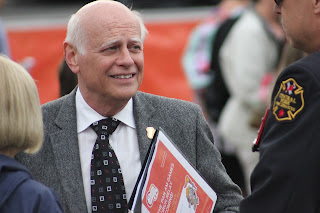 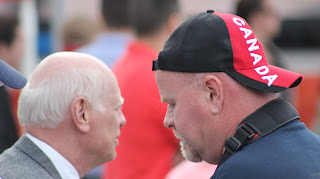 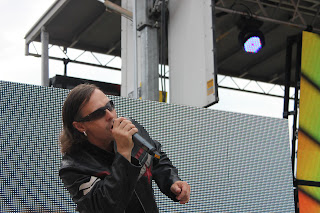 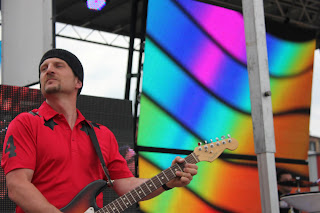 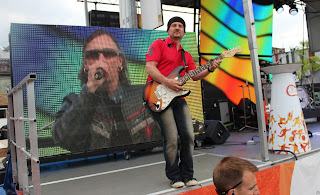 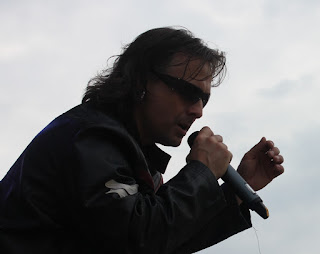 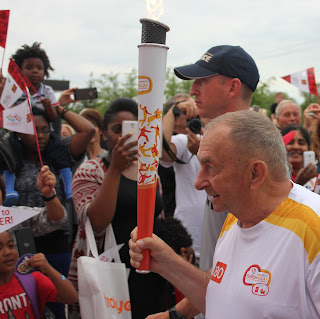 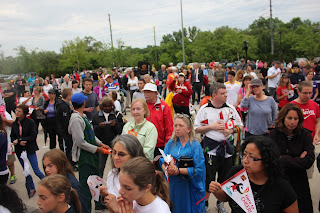 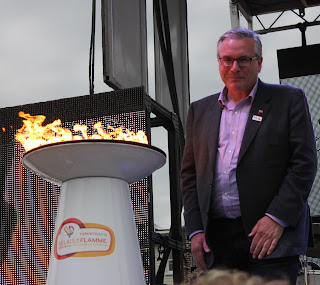 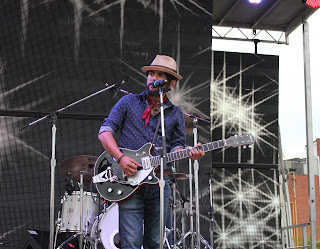 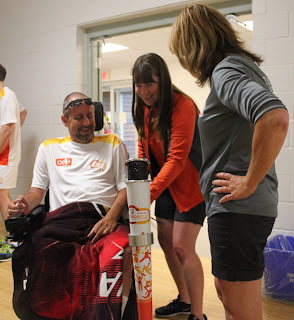 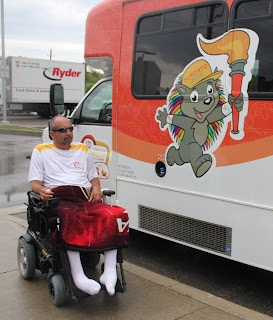 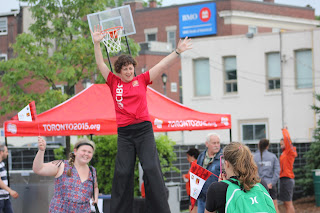 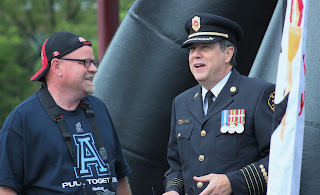 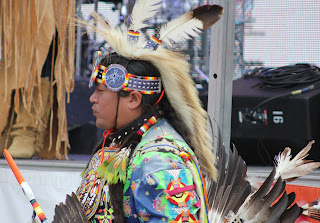 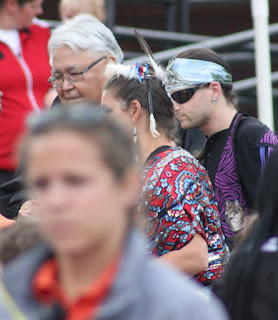 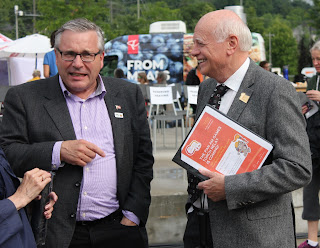 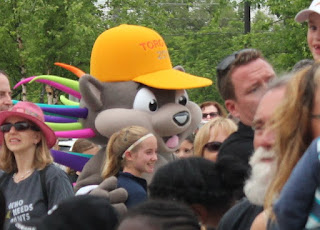 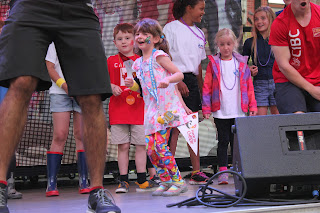