Newmarket, Ontario, Canada - A section of Leslie St. in Newmarket was cordoned off by police tape Monday after a 99-year-old man on a mobility scooter died after being hit by a vehicle in Newmarket.York Regional Police were called to Leslie St. north of Gorham Gorham St. around 12:30 p.m.

Police said an elderly male, identified as George by a local Newmarket person, riding on a mobility scooter, was crossing the driveway at the entrance to the Sunset Grill Plaza when he was struck by a white, 2010, Chevrolet Silverado pickup. The man was rushed to hospital, but was pronounced dead. An investigation is being conducted.

York Regional Police are asking anybody who saw the incident to contact the Major Collision Investigation Unit at 1-866-876-5423, ext. 7704 or Crime Stoppers anonymously. 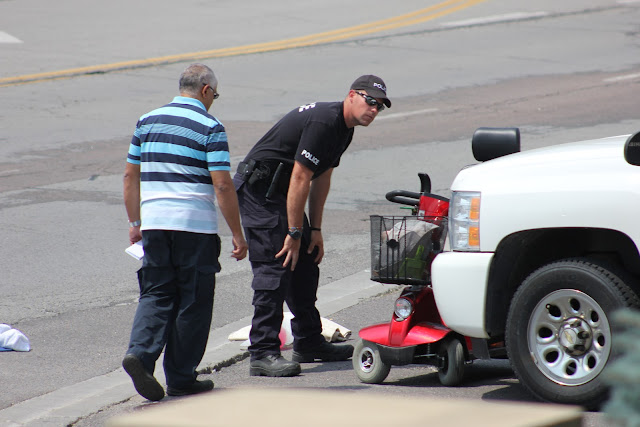 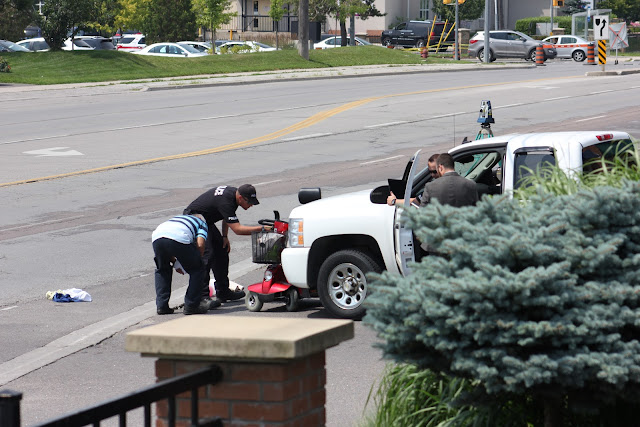 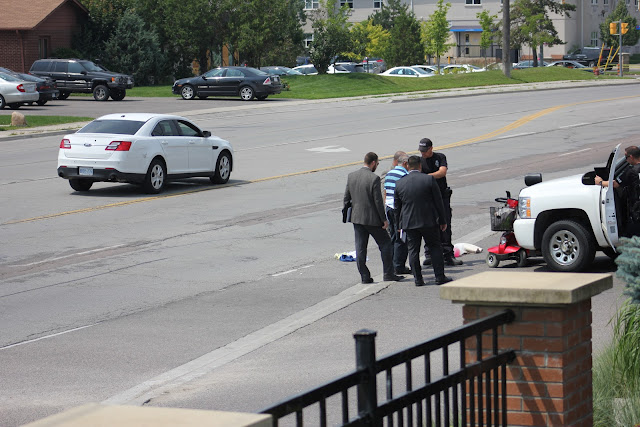