When I first saw the Facebook posting that someone had some extra free tickets to a special theatre viewing of the documentary by Leonardo Dicaprio, Before The Flood, my first instinct was as a filmmaker, wondering how Dicaprio would be at making a documentary - being an award winning documentary Producer / Director myself. No Academy Awards winner perhaps, such as Leo has won, but nevertheless I was more curious about the crossover genre and how he'd be than the subject matter, truth be known. And he was okay as host, but it was the material covered that was the biggest shocker for me.

Not that I didn't know about "global warming" and "climate change", of course I did, but I never really gave it enough of a look and thought before in order to realize how critical the issue was. And a lot of that has to do with the past corporate push-back against the science I believe, which is now indisputable. 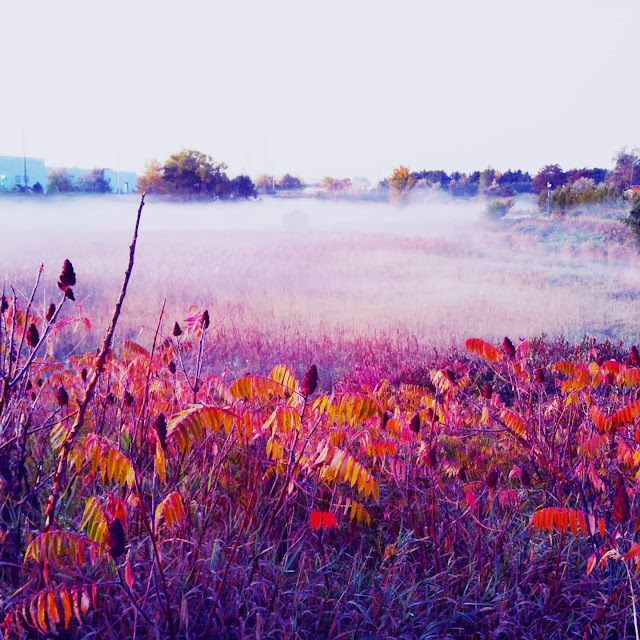 The film takes us on a journey across the earth into different regions - remote tar sands in Canada, sea side locations and the furthest reaches of the north pole where we are shown how much ice layer has melted now in just so many years, and learn that because the grey and dark ground underneath cannot reflect light back as it once did the area continues to warm.

It awakened me to the urgency of the need for the world to act, and that there are measurable ways to which the problem can be addressed, but it has to be now or so or else there is simply no way to stop it. It is that serious. I believe corporate crafted science bashing played some role in that for a spell, perhaps leaving enough of a seed of doubt to keep me from being concerned but those days are gone now. 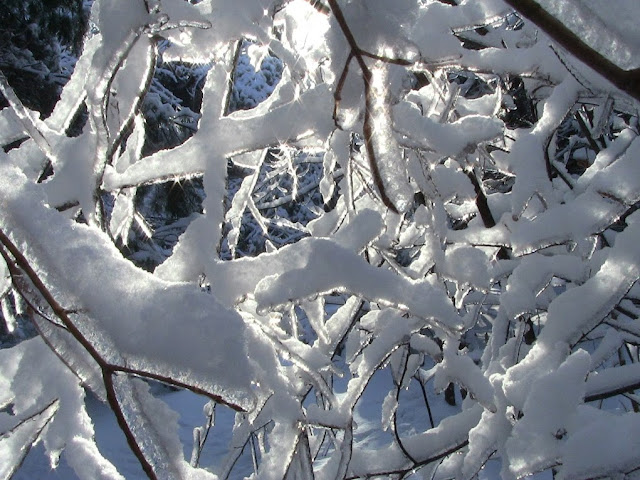 We learn from the outset, that Dicaprio had been made a world ambassador to the U.N., and he gets an opportunity to address them, so his final scenes speech is shown after he's visited all these areas and zones across the world, while meeting with locals and scientists, to give us a full picture of what is happening globally due to greenhouse gases. We also learned about how the "false springs'. due to wild weather patterns. are affecting everything from flowers to crops, and how the U.S. only uses 5% of its farming land for food, while most is beef. And which cows emit Co2 through burping. Choosing anything other than beef to eat was one way to help reduce emissions we are told. Wow. who moo? Er,..I mean, who knew? Or that palm oil, because they clear millions of acres of trees and vegetation to grow it, is destroying our environment. Don't use palm oil.

Dicaprio points out that the Paris Accord is / was only a voluntary agreement in which the participating countries agreed to lower their carbon emissions levels. Still, there is room for optimism the movie points out, as even China has agreed to reductions for the first time, facing increasing pressure from citizens in regards to it. In China it is the one protest issue they unite around because it is severely affecting the health of many now as some areas are almost unlivable because of it. 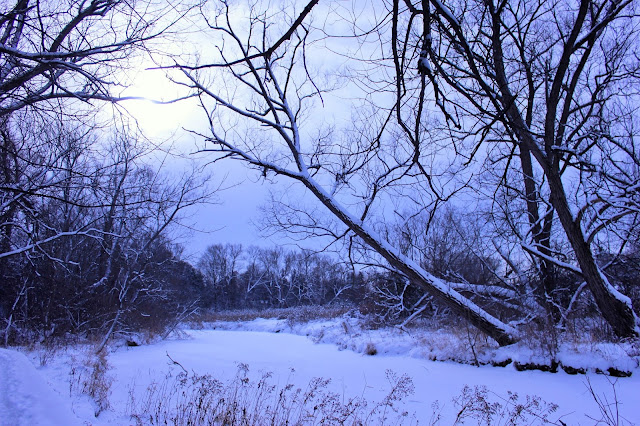 While the glaciers and caps melt, and floods and extreme weather fluctuations increase, it is the small, poorer island nations that will first begin seeking other places to live, They showed sea-side communities that already are no longer livable.because of climate change and others wiped out by record droughts. But what happens when there is no where else to move? It is that critical.

There was one bright spot in the documentary which was one of the last guests he interviews and who himself is dying of cancer but optimistic man can reverse course before its too late.

" We're well on our way towards 4 degrees increase and most scientists agree that if we get beyond 4 degrees shift we may not be EVER able to reverse it. adding " But I believe we can do it and am going to spend the rest of my life working towards that end" Climate Change Scientist. - see film clip. 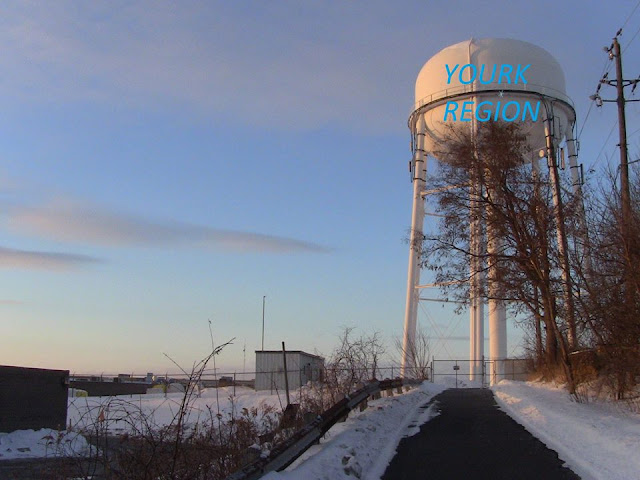 I do buy that global warming is a very critical issue that needs acting upon now, however I don't necessarily buy all the terms we are fed like " sustainable development" that come straight from the United Nations' 2021 and 2030 plans, which even an attending person from the Oak Ridges Moraine fight group mentioned the fact we are not going to reach 2021 goals, but she was not referring to the 2021 U.N. plan but another Ontario pledged goal date - not knowing they are connected. That is what I find scary, is residents and politicians alike quoting sustainable this and that BUT NOT EVEN KNOWING ITS ORIGINS. Don't you think they should?know its origins?

In fact, I find most politicians don't either seem aware or are told not to connect the dots, but all of our smart growth plans, sustainable housing and transportation, intensification, development even refugee resettlement camps and how we'll share our food with and who gets subsidies are all in the 2030 UN plan - and we are on its timetable, And that is where they lose me, because although I certainly agree we need to act, we need to act in Canada's best interests as well, not just the UN's, and that should not mean restrictions to where we choose to live or what we want to drive (cars) or how - unless made affordable for EVERYONE driving now.

I believe the only way this plan to push people into specific intensified areas with little or possibly no access to some designated green areas is what is coming down the pipes using climate change as its vehicle to govern it into place. This is my concern. And as an example one of the plans the Ontario government has out now offers $14,000 back if you buy a $28,000 green car. Most people I know are struggling just to keep their existing cars on the road let alone afford a new green mobile and so what of them in these plans? Transit they quietly mutter. Well, no.

The slow push towards also restricting where we can go freely in the name of whats "best' for everyone, as well as the accompanying video surveillance everywhere we go, for everyone's "safety" are other Big Brother-like concerns I have in regards to their plans. 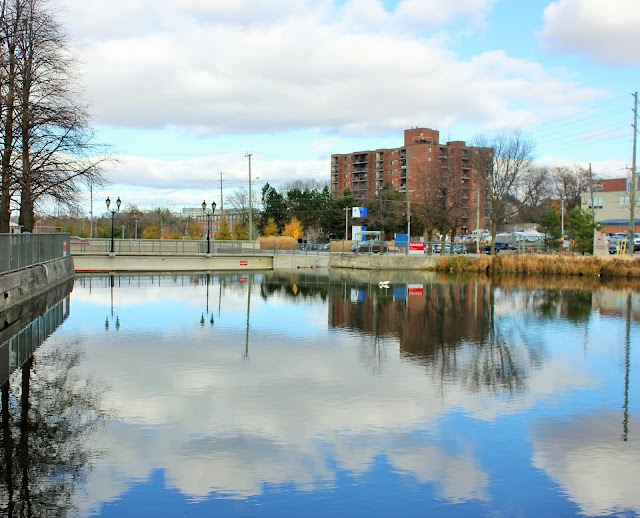 It's like the fake news does - mix some real facts with some not so true facts to get you to arrive at a conclusion or support a system. Fact is, the end result sought by the originators of the plan is a world governed from the U.N., and rolled out based on their timetables which do not match ours. As well once international laws begin to supersede our own through some of the multi-national companies we now allow - say a dispute about buying our water - and other international courts like Human Rights Tribunals, then these international courts could over rule our own domestic laws as being unlawful -  in our own country!

All I know is the U.N. for all its good, actually prefers dictatorship types of government or communism, like China has, because of the long term stability in executing a world plan - such as the new direction in policy we may begin to see now in the U.S. with Donald Trump now at the helm that could put a dent in their plan - which in turn affects ours - all because we're on others' planned timetables and NOT OUR OWN. Do we wait for the next U.S. election or direction now? No, we need our own realistic sustainable plan.

Yes we need start changing our ways and yesterday otherwise we risk losing the entire earth! But all I'm saying is we need to take the information from sources like this excellently rolled out flick and heed its advise to get going on our own local timetables that fits each community's's needs schedule, otherwise our own locals suffer whilst we waste millions upon millions of dollars building and running empty buses before we need them whilst we have Canadian men living in the streets in winter - whilst we say we cant afford to house them. There ain't no immediate global warming plan for them in these UN made directives. The attending Minister of Housing Ballard should perhaps take notes on that and hatch a plan on their behalf.