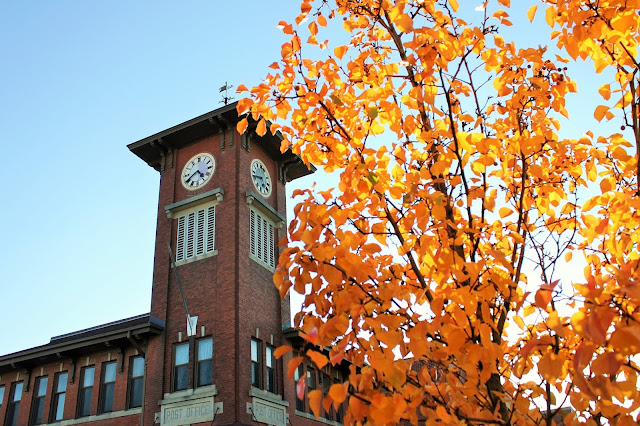 Newmarket's Main St Clock debacle highlights the need to have our Planning Act revamped to close up all the loop holes that allow local councils and developers to evolve them through amendments to official plans, zoning applications and bylaws. Some have called for an overhaul of the OMB, however that buffer between developers and local governments is the last thing we need to eliminate or the road to easy changes would be much wider - not more narrow. You need an outside entity for checks and balances and the OMB is at least that if anything else. It will not stop towns from being Vanboozled.

It's not just the town clock we're talking about here, or even the four attached businesses and seniors that were displaced YEARS early to make room for....? We still don't know. But it's a plague across York Region and Toronto's too for that matter. Why is / was this allowed to even happen, buildings sitting empty and unkempt looking while its occupants are left to fend for themselves? And sure, they moved the seniors who were once occupants in the clock tower in question, but it wasn't a choice they wanted to make.

Certain conditions must be in place before proposals for change will be looked at seems the course, and so-minded landlords can set out to create that environment, ripe for their plan - even before approval or assurances they can even get the required zoning. Thus begins the long poker game wherein ultimately the developer holds the best cards, using our own laws within our planning act to manipulate their way through and force / create their vision of a plan. Why do you suppose many developers are real estate Lawyers? Why do you think so many real estate people hang around council seats? The control of our towns, cities, main streets and farms have been thrust into the hands of those who know how to work the system better and that is the problem.

Sam Orrico, a Markham, York Region Farmer for the past 35 years has seen it all, and knows the loop holes well, recently removed from a property he's called home for the past 12 years to make way for an as yet to be determined decision on rezoning it - proposing a change from a farm w a residence / industrial zoning restriction, to become a full blown residential one - which is not part of the original official plan, with agriculture and / or industrial placements being based near highways to avoid gridlock. But our current system seemingly allows this to be changed without much fanfare despite the crown stamped official plan. Therein lies a key to amending the loop holes.

See and hear Sam in his own words prior to being removed here.

Farms, same thing as with businesses w residents. 1st eliminate the farmer and or the house on the property or let it run into disrepair - similar to what happens with businesses often with residents living above and which then are boarded up until councils bend.

For farms, having no farmhouse or resident, makes it easier down the line to get re-zoning, whilst enjoying property tax perks and they can put these things on a timeline - known only to them - with the farmer (or tenant / business) often last to know relocating or moving at his or her expense, as Canada has no compensation set up for displaced farmers / workers like parts of Europe do.

How do we change this control back to the towns and cities' residents? Well we have to actually have an amendment made to the Planning Act so that local governments cannot supersede them anymore, nor developers bank on them being able to. Thus when you bought a property with a certain zoning and building type / height restrictions, that is what you get, with no more expectations of change.

Should landlords allow properties to run into disrepair or disrepute for the purposes of forcing a vacating of them, then a provision needs made to confiscate it, at market value, to be resold to a suitable buyer who will be a responsible owner / operator. Just like they do to farmers and property owners when they want their land for crown projects or development. Reverse that power and watch how fast they fall into line. 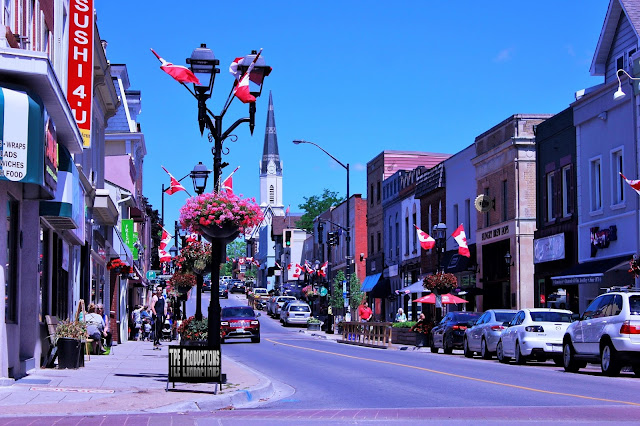 Until then, they can pretend they want to include you / us in decisions but at the end of the day, it's all a smokescreen as  Corporate developers will apply for the most they can get, because they have to ( a corporation by law has to get the best possible return).

Legal courts, with an adjudicator, will be the deciders on what and how big the proposed Clock Tower housing structure is regardless of my, your or your council's opinions, if its within " the law", without the right amendments made alright - to the Planning Act.