The recent article published by York Region Media group headline screams out - Ban Developers Contribution from Campaigns - then describes a newly released independent report about how most of our locally elected officials accept donations from developers for fundraising for their election campaigns in increasingly higher numbers and most often where development is being looked at or already being done.

The alarm is being raised now as they are looking at changing the rules, since roads and development are primarily the main decisions these bodies get to make. That, and fitting them into official plans. Sort of. I think the reshaping  comes along with new fundraising rules to be announced by the provincial government, that which I believe, itself, stems from the federal govs plans at fundraising rule changes. So it's systematic, and again, we actually have no choice but to go along. Making us think we have a say is part of the fun.


Yourk News first brought the issue of farmers being treated unfriendly via the story of Markham Farmer Sam Orrico, who claims he has been railroaded for years now. by a system that has included both the city and property owners making life hard to survive or earn a living - through permits hassles and systematic harassment  - to ever let him get established or re-established again, after a fire burned the property home down 12 years ago.

And recently using a new, currently being re-worked bylaw, called "Keep Markham Beautiful", to appear to pressure land owners there to "clean it/him up", using the ruse to have the long time area farmer removed for good, like garbage off a property. Sam claims the bylaw is designed for residences, not farming properties anyway, and that he has an iron clad entrance rights agreement for as long as the zoning still allows for farming - which it still does. That and the fact that the bylaw as written is incomplete.

Funny thing is, they've long ( Sept 2015) begun removing trees and much of Sam's equipment or had tossed it in bins & carted off, with years of parts for machinery, fencing & tools along with it whilst still "allowing" him to remain in the trailer he's called home for the past 12 years. Albeit after they force-moved it to a more publicly accessible locale on the property while trying to legally have him declared a non-tenant. 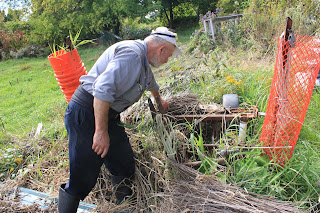 The agents of the property owners also tried to have Sam declared a trespasser at one point, police handcuffing him and escorting him off Sept 12, 2015, like a criminal, to have him "assessed" at the hospital. No charges, nothing.

In reflection, perhaps his freedom rights were violated, and if so, only based on information provided on letterhead of the developers agents highlighting a ruling they managed to get from a landlord tenant adjudicator. One who'd refused Sam time to get smart council, and who would not dismiss as requested - as the directives say to do -  because it had 3 addresses on it, making it ambiguous stating, "Don't worry, I think this is an easy application to rule on." Easy for whom? She had no jurisdiction to rule on Sam's entrance agreement though. That much she also read into her judgement, only ruling that he had no residential tenancy agreement - a big difference.

I know about the escort, because the officer called asking if Sam could stay the night with me (Sam gave my # ) as they were removing him. And as I informed the officer he had every right to be there, he, like the rest of the world it seems, including Markham Councillor Karen Rae who Sam sought understanding from, but who seems to only recognize that the property is owned by a landowner and therefore can do what they want, all seemingly are unaware that a new property owner is also bound by old agreements on a property with farmers - only that he "needs to go sometime".

Well, yes he does, he doesn't dispute that, It takes years to move farm equipment or crops, not weeks, which is why he learned to protect himself through such agreements. Property owners also receive years of perks through favourable tax rebates and rates, so it's not just a one way street, but when they want to develop they want you gone. Their time. Sam being gone would make things very neat. He tried to again address Markham council Sept 21 2015 but  they ignored his actual address to them - that their bylaw is missing subsections.
Did I mention it was a property owner who originally approached Sam to work it so they'd get a more favourable tax rate and have noxious weeds controlled? This allows developers to hold onto a property while paying minimum tax and maintenance costs indefinitely.

What he disputes now is the fact that his agreement specifically mentions that he would be agreeable to move upon approval of the land being re-zoned for development (which at present it is not) within a reasonable time frame once approved. Instead, in Sam's view, they have been trying to get him off with various means for years prior, most vigorously since last September, to his detriment of doing business or farming as he'd like. So he also now additionally has an issue about the manner he has been treated throughout this process including threats and thefts. 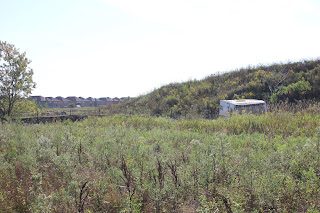 This man says has been spoken to in threatening tones in the past for continuing on there, been told he's mental, stinks, no one cares...and he's lived through two house fires during disputes of house repair issues on farm properties moving towards development, with no one ever being charged or held accountable - Sam escaping with second degree burns in the first fire, the second occurring within 20 minutes of him leaving the property. Ironically that 1st property is now the hospital.

Unlike Sam, who himself when running for Mayor, was actually jailed during the 2010 Markham municipal election for supposedly threatening " he'd kill" Mayor Scarpitti, - of which Sam vehemently denies and "witnessed" through a third party, a rival also running for council, claiming he'd said it. Based on this, they held him throughout the election, effectively removing him from running as mayor and silencing him from perhaps revealing info that could have changed the election. Even made him Mayor. But we'll never know will we?

Afterwards the presiding judge, who Sam claims also seemed to have political aspirations, ordered a rare, precedent setting publication ban on anything to do with Sam Orrico for a year. Sam, an expert on planning issues and the Official Planning Act, having attended every area meeting regarding the numerous properties he's work in the Markham area since the 1980's, had been set to reveal some embarrassing, developer-city related info. Old, broken English Sam. Yea. So, excuse me if something just doesn't seem just right here.

Fast forward to today, expected to get out 35 years worth of his life, home, and equipment out at his own expense, while being unable, and now not even healthy enough, to earn a living. With no money for lawyers he's often had to be his own but knowing the Planning Act better than most councilors ever will, and mayors, has sometimes worked against him it would seem. Sometimes he tends to use a gotcha effect that politicians and others don't like and so perhaps start throwing barriers up to avoid it. Like publication bans, or suddenly enforcing by-laws designed for residences not farm properties for the 1st time in 12 years. 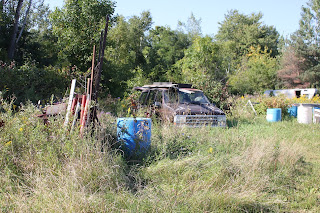 The other evening as Sam went to attend a meeting for local issues, he was hit by a hit and run car. The snow banks were such that they may have played a role, but Sam is not so sure and fears it may have been on purpose. Paranoid? Perhaps, but from where I see it, he has every right to be. Geez, even the local papers nor any other will write a right a thing about him, first removed from the Pickering AIRPORT LANDS so many years ago now, having come here lured from Argentina, as the best place to farm and live. They did cover that issue. 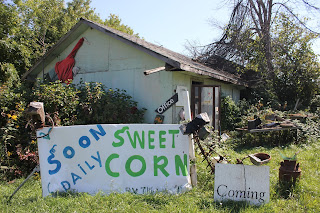 All I know is PACC spent this winter trying to acquire him heat because no one from any official capacity seems to want to do anything other than "push him into a shelter". Thank goodness for the Lions Club of Markham and some churches. Even with having a place to go from other farmers in the farming circles doesn't get him his trailer and belongings and remaining tools and equipment moved, or the new location prepared let alone, especially when you spend your days seeking sources for heat and food because of cruel circumstances and a system that punishes the shallow pocketed.

Pay him some respect. In fact pay him some $ to end his contract early as you are essentially asking him to do at his expense, and to also recoup lost property and earnings, and to help him move his beat up trailer, as the developers and the city are poised to make future $ millions in the end. Geez at the very least he's made sure that land stayed clean of toxic dumping for 35 years. He's saved everyone a bundle there.

Sam's now been told he must vacate by April 29 - ironically the same day as the OMB hearing of the property. They've reportedly said they'll destroy his trailer if its not gone and If he doesn't attend the zoning will get a bye right through without public or interested party objections.

And being that the very property is being considered for re-zoning on that very date and is itself payback to the city from the land developers for having built them a "cultural centre" on an adjacent block of the same property for the city - yet across the street from an industrial complex of which Sam's area of the property is currently still zoned for - Industrial or farming, decided years ago when creating Markham's official plan, but now being sought to change which will cause grid-lock.


Speaking of farming, the Campaign Fairness report was contributed to by York University Political Science Professor, Robert Mcdermid, who stated,

"Development campaign donations are an important role to play, when you think that one of the things that council does is create profit for developers. A developer purchases a piece of land, a farm maybe when it is zoned for agriculture(sounding familiar?) and as the boundary of the city creeps out they have it switched to residential. And in that switch, the developer multiplies the investment several times over. And when he further subdivides that land into further parcels, he multiplies that wealth again. It is acts of council that create profit for developers. So it's hugely important and developers understand that"