I find it ironic that community's are pushing community gardens when they are actively pushing farmers out the door. Literally. For one Farmer, Sam Orrico, that time is now. Sam is very experienced at being displaced. He was one of those affected in the headlines that screamed out, " Province Gets Farmers off the land", back in 1979 when the still unused airport lands were being cleared for building that never happened.

As a Farmer working the land, they make more than a commitment to labour but to fields and yields and property maintenance and noxious weed control, as well as ensuring quality soil is being maintained and toxic materials are not being dumped on properties. Although property owners were compensated for the acquired airport lands, most farmers weren't so lucky - the ones effectively renting and farming the land. Sam estimates he lost $100,000 dollars worth of business, crops, and equipment as a result. He saw no compensation from the Ontario government.

Such farming properties are also given a certain tax rebate to owners which encourages the land owners to have farming. Owners buy these properties knowing they are not zoned for residential or any other type with no promises that will ever change. Of course that doesn't stop them from doing so if left unchecked and that is why we have official plans and zoning and
Mr Orrico has come to be somewhat of an expert on local planning over the years since his first removal.

After that, there was a property at highway 7 and Markham Rd. which had sported a large house in which Sam lived and performed basic maintenance for while farming the land and several others. This time he got an agreement but when a dispute arose over rising costs for the more major fixes, such as plumbing, the owner balked. "We'll just bull doze it then."

But this was a heritage home and Mr. Orrico made sure to inform about that to those who mattered, stopping such an action in its tracks. Two weeks later it burnt down, effectively removing him, and paving the way for the property to be developed. Arson was never ruled out although the electrical was an issue Mr Orrico had wanted fixed at the time... He's sure it was no accident. 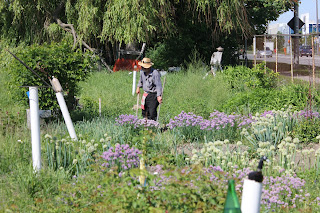 Meantime he was working another property as well located at Markham Rd and 14th Side Road where he's still at today, although for how long we're yet to see as he fights for his rights against a corporation. It too sported a house on the property at one time, and here too began a dispute about who was to pay for what when it came to major costs on the house. Again there is a fire, " Escaped by Miracle" and Sam is again homeless. But this time he was staying put, his agreement to be on the land in fist, and moved into a trailer on the property.

Although Sam had agreed to do certain upkeep on the house, he'd also made to sure include higher end costs in his agreement which was being disputed in court at that time. He'd additionally added a clause that ensured he could remain on the property until such time it was to be otherwise developed and had it written in to carry over to any new owners in order to cover his being able to invest in one spot for a long time. It's a protection for the Farmer so they are not investing time and $ in a spot only to be made move without proper notice. Like now.

And that is where we sit today. The past year he's spent fighting them at every turn as the developers reps, as well as the town of Markham, seemingly are trying to cast him aside again without using the proper procedures. And he hasn't been treated nicely either in the process with the first move to try and get him off the property he's been on since 1980 a 7 days notice for a bylaw infraction!

35 years on a property and they just say get out in 7 days?

Wrong, he has his agreement, and besides, the " Making Markham Beautiful" bylaw refers to residential properties and this property is zoned for industrial right now. It is also INCOMPLETE as written referring to sections that are not missing. Next up a visit to Markham committee to get to the bottom of this sudden need for him to "clean up" the property that has no specific list of things. He moved a tractor already at a cost. But that Bylaw is not legal if it's missing section 4.21 despite being publicly posted. I mentioned to the developers reps that the bylaw was not binding and to fight it but they weren't interested, just wanted Sam off. Why? You have no plan approved.

Sam doesn't feel respected throughout the process and especially now. Sam has had nothing but intimidation from the other side, who are not even the developers really, but a company representing them. He says he's been told " You stink Sam" etc by a nice chap who shows up whenever he feels, supposedly to negotiate Sam's exit peaceably, and despite Sam's agreement stating they need inform him in advance to come by. " We do what we want". He's had stuff and equipment go missing, and recently was accosted by some people on the property he suspects are connected to the group wanting him gone. His rabbit was killed Sam says, and returned to its locked cage, eyes missing. He's reported this all to police, yet he's been treated like the criminal it seems.

As far as Sam's concerned he's willing to go - after they have approval to develop - which is spelled out in his agreement they now have a copy of, from the last court session, after bringing Sam to court for "non payment of rent" - or they work it out. And yet at first they claimed he wasn't a tenant. No respect.They want him to come to terms being treated like that? Good luck, with a man of principle and a contract in his pocket.
The past days after the last landlord tenant board appearance he's seen an increase of tire marks on his site as the rep seems suddenly emboldened. He seems to think because the judge ruled the agreement wasn't a rental unit lease agreement that they can "evict' him for trespassing which they've now applied for based on that, but the landlord and tenant law does not apply to this type of agreement, and this old man is not done fighting that fight yet.

As he says, "Why do they want me off now when they don't even have a plan? or zoning for developing? Why? Why should I move again before I have to, and they have been interfering so much I can't hardly even farm." 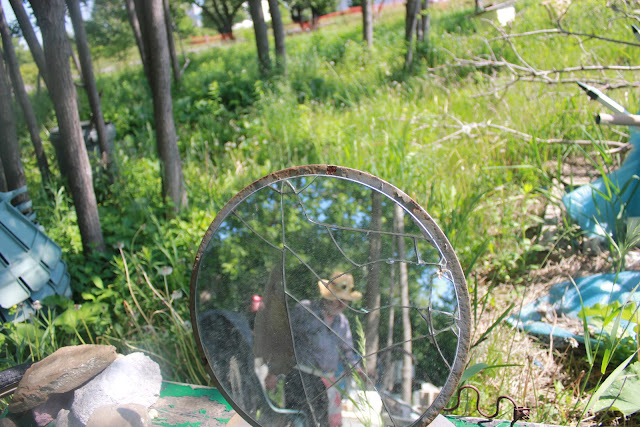 Why indeed? In his heyday he shipped 20 tons a week of produce. He grew up in Argentina on a farm living off the land. It's what he knows. He's an expert on how to find and acquire water, growing, and now planning, he's even run for Mayor of Markham twice, and they found a way to silence him then too on planning issues, through a total whitewash charge which he hotly disputes and still does on appeal of a bogus threatening charge, purportedly said to a third party with no other witnesses, who was also running to be elected! After he was released a publication ban was placed on anything about him for a year. Does no one else find this suspicious? 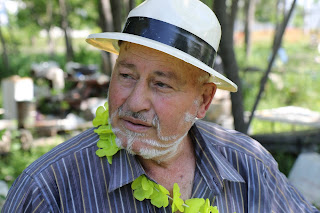 Sam has great ideas about a world food terminal where the airport lands now are despite his displacement from there so long ago, as well as ideas for developing the electricity corridors for farming... and what better person for community farming to teach the real Mcoy? They should be using his knowledge not trying to muzzle him and toss him away as if he's an ignorant old man. He's smart and knowledgeable and he's earned a little respect.

The developers reps maintain they are acting now because the town ordered the property cleaned up, despite me pointing out the by-law is incomplete and therefore invalid... and Mr Orrico it would seem is part of that sweep.

At the end of the day, unfortunately, for them, it is he who has the contract and right to be there, and it is they who are asking he break his agreement to accommodate them - not the other way around - and for that he needs compensation for again uprooting his life to appease them and for the degrading treatment he's received in the process, especially in the last few days, taken in cuffs like a common street thug and paraded at the hospital with police in tow.

I suggest they start treating him with a little more respect if they expect to get anywhere. 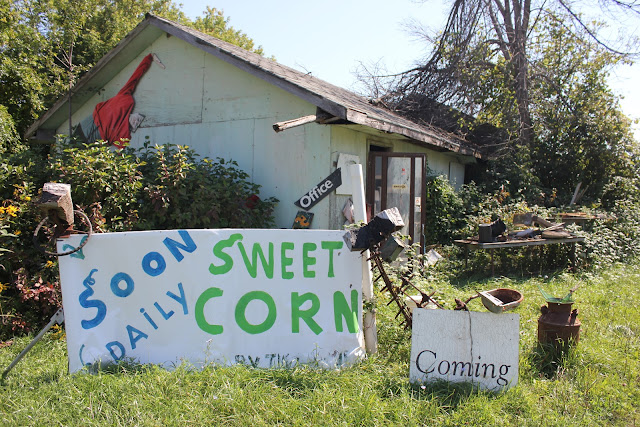 Fri Sept 11 2015 - I just received a call from the police. They are removing Sam from the property and have asked if I would put him up for the night. They seem to acknowledge and accept on the surface the developers position and not Sam's. He was removed in handcuffs escorted by about 7 or 8 officers and taken to the hospital for an " assessment" Sam says.  Stay tuned.

Sam is scared and looking for supporters to come out Sept 28 from 7am on to help him protest the loss of his home as they plan to flatten trees and remove anything still there. He is homeless now as he continues to fight for access to the property and his home. His farming property is located at Markham Rd & 14th SR.
By Tpeproductions - September 11, 2015