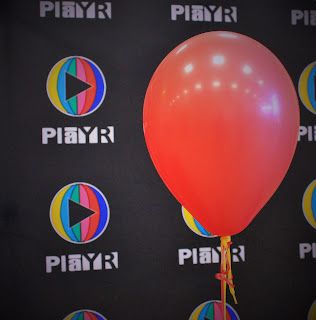 At my age ( I'm now legal lol), and with my experience in film and tv production, one would perhaps think I'd be an old hat at entering film festivals however that would not be the case. In fact, my entry of A Thin Pink Line, into the PlaYR Festival, York Region's now 6 year running festival of film and videos, was actually my first foray going this route. I did also once enter an online video short contest, winning The Canadian Labour Congress's One Minute Short contest, voted across Canada online to win, but a festival is different. Winners are chosen by your professional peers and as such one respects the awards more.

Prior to attending film school, I'd already produced and hosted shows for Rogers TV and Shaw for about four years and as well had been producing and performing in both the live show, and taping for the tv series of The Canadian Improv Showcase while attending film school.

After graduating with a 89% average and with my film chosen to be made into a movie, I worked as a P.A. on some T.V. productions and commercials, including "The Designer Challenge" on W.T.N. , before taking work for Galactic Productions, later Enriching Entertainment as an Associate Producer of feature films, a job that involved pitching the idea of becoming partners in a movie, to American businessmen over the phone. Our minimum investment was $25,000 and they'd ' we used the formula to finance a number of films including, The Retrievers, Miracle Dogs (Disney Channel, Animal Planet USA), Hansel & Gretel w Taylor Mumsen, Howie Mandel (Theatre release), Super Cross (Theatre) and others. This is how it's done in the real Hollywood, not by grants, and the atmosphere in the room could be electric at times. At others, not so much. During my four to five year period as an Associate Producer I raised about $1,000,000 in productions funds for them and still keep a copy of an $11,000 commission cheque I earned as some kind of trophy reminder.

The only problem was, the only creativity I got to do was a slight variance on the pitch delivery. Hardly the stuff I went to film school for, but great experience nevertheless, learning from a veteran of executive producing 20 films, and as a single dad, the closest I would find to a nine to five type job in the industry...L.A. time that is!

So all things being equal it took me awhile to enter a film of my own into a festival but it was worth it. My film A Thin Pink Line was a great snapshot of the times and is well laced with a great and fitting music score by now defunct Sean Stephens and The Chaos System and therefore deserved a shot in my eyes, and the risky subject matter exemplifies what filmmakers should be doing which is pushing the envelopes of reminder and truth out there. 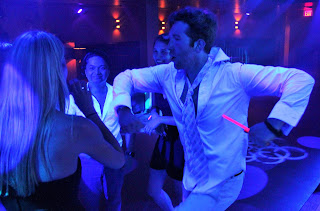 Just prior to being announced as winner, the Host MC, Emmy Award winner, Joanne Vannicola, began mentioning of seeing my film for the first time, and that it was surreal to see her younger self onscreen, denouncing those protesting against the legalization of same sex marriage at Queen's Park. Her voice had sounded so familiar to me and now I knew why! She's in my film! Ha.


It is a credit to the Crew, Performers, Vendors and Editors involved in the production, that it was able to win the PlaYR Festival Award for best pro doc - a list too long to list here - but named in the credits roll in the film. 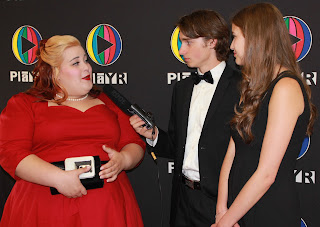 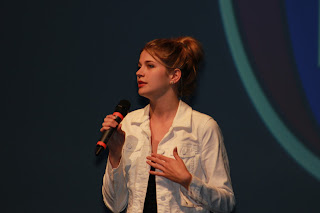 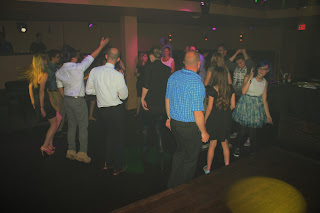 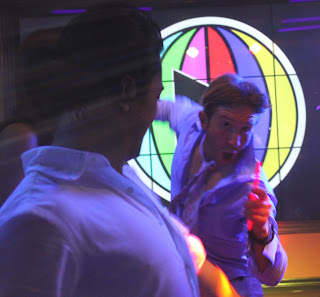