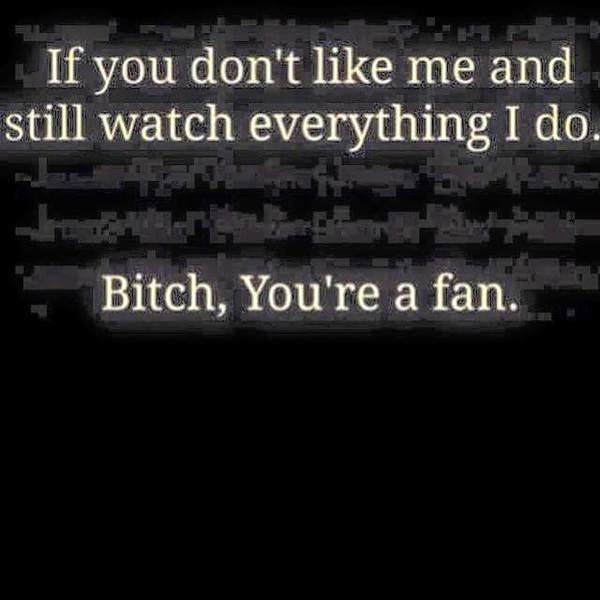 Learn something new everyday. Recently I released a short, mostly humorous piece around local issues, having noticed through social media that some had a hard time understanding which government body or person to call for various issues. One I noticed was someone who was advised online to contact their MP about garbage issues. So the video contained info about who you would call for certain issues and has fun with it a bit.

While communicating that message through the unique delivery style, unlike you'd get everywhere else, I also added the fact that an area ward meeting was being held that night, and that it could get interesting as it marked a return of Maddie Dimuccio to address an issue, which I had heard was the case. My pre-meeting piece featured a short 3 second clip of her making a statement - which I had on file from covering the Ombudsmans visit - I thought was covered quite neutrally, considering it was a PACC report, yet it must have displeased her highness, blasting me on social media for "speaking for her". Huh?

"No one speaks for me!" she posted out with a picture that referred to me personally as a Bitch.

"You must be a fan Bitch" her rant continued...and on...Asking me to move on, yet continuing to 'insult bait". This, over 3 seconds of footage of her making a normal statement on an issue. I didn't even spoof her which is oh, so tempting. Gulp. I'd hate to see her really mad. A mad Maddie!

In the morning I noticed her minions had added their jabs and pokes and "likes', with Dimaggio also trying to ridicule me for my Twitter following numbers. I do Tweet, but not obsessively, and our strategy is to place relevant content online where it can easily be found, whether through direct link placement or natural searches as our stuff dominates key word searches and we have over 100,000 total views now through our various channels to prove it, but I wasn't going to get into explaining that to someone who only seems to know real time Twitter and FB attacks on others as a means of online strategy.

If one expects to be in the public light, one should expect a little attention now and then and I'm afraid she'll need a much thicker skin for anyone actually gunning for her. Christine Elliot didn't complain about her PACC report coverage.

I was no "fan", in fact I don't believe in the whole 'fan" idea, don't get gaga over play actors and have interviewed many. But I wasn't against her either when I first started hearing about and following the various seemingly outrageous stories about her behaviour while Councillor and even beyond. In fact, as more piled on her, the more I thought she may deserve some slack. They seemed the bullies. Hey, what can I say, I'm a sucker for the bad girls I guess, but heck enough's enough.

Attempting to alienate someone through name calling and bullying online won't win me over that's for sure and I'm sure others have felt the same - likely why she was soundly defeated in the municipal ward 6 of Newmarket. I used to think she might have been misunderstood. Now I just think Dimagine-o is just quackers.

I don't like bullies. I've seen them all, and from tougher places than she's ever been.